Rethinking How Underserved Students are Viewed & Supported in Institutions of Learning 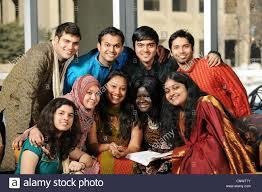 Educators, institutions of higher learning, policy makers, and researchers are beginning to recognize the challenges faced by underserved students attaining a college education as well as the need for strong partnerships in the community to improve underserved students’ chances of actual success.

Over the last decade, great deal of research has been published on the challenges faced by underserved students after entering college (Green, 2006; Rendón, 2006; Winkelmes et al., 2016). These studies focused on identifying factors that could promote success in college, such as involvement, level of effort, social network and time spent studying. Historically, underserved populations in higher education have included first-generation students, low-income students, and ethnic and racial minority students (Green, 2006).

Research suggests that rigorous academic preparation is an important predictor of enrolling and completing a bachelor’s degree, especially for minority students (Winkelmes et al., 2016).  Many Underserved students grow up in poverty and attend resource-poor schools with very little opportunity for extracurricular programs. Many grow up in environments where nobody they know has attended college. In schools, low expectations are usually set for this class of students. They are normally tracked into a less demanding high school curriculum that does not lead to college.

Despite their lack of quality early schooling and poverty-related experiences, these students should not be viewed as having only deficits. Some of their assets may include resiliency, ability to survive difficult situations, maneuvering multiple realties (e.g., world of work, ghetto, barrio, reservation, gang culture, family and schooling) and negotiating social, political and economic hardships (Rendón, Garcia, & Person, 2004).

To fully understand what success looks like for underserved students a deepened consciousness is needed of educational and social inequalities, unspoken assumptions or stereotypes about students in postsecondary institutional environments, and the unique factors that shape the success of underserved students. Success should not be left to chance, but supported and fostered whenever possible.

Postsecondary institutions should be engaged in transforming their academic and social structures to foster success not only for the privileged students whose characteristics closely match what postsecondary institutions have traditionally offered. The real challenge is to shake things up, and do things quite differently in a way that defies homogeneity and seeks to realize an education that values underserved students as capable and views them as whole human beings.

The Main Differences Between Equity & Equality
Three ways to create Equity in the Inclusive Classroom
A Closer Look at an Organization’s Policy Regarding Equity, Equality, & Equal Opportunity